One of the largest homegrown security services providers in India

A renowned name in the global security market, Peregrine Guarding was founded in 1995 in India to help businesses operate and grow in a secure environment. The brand which began with only Physical Security Services now offers a wide range of security services, including Electronic Security, Risk Assessment Consultancy, Executive Protection, Event Security, and Command Centre Operations. Since its humble beginning, Peregrine has remarkably grown to become one of the leading integrated security solutions providers with 78+ offices spread across all states of India.

27+ Years of Delivering Excellence in Service 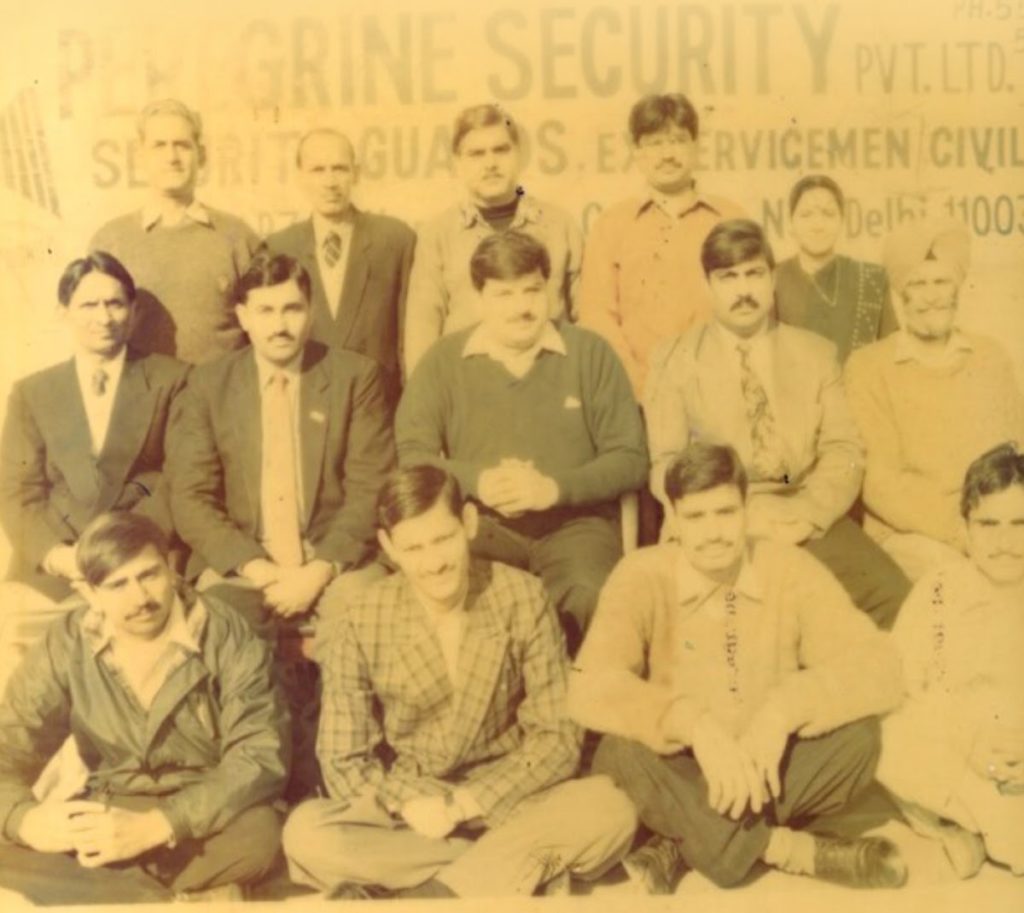 In 1995, Maj. Manjit Rajain incorporated Peregrine Guarding with a vision to strengthen the internal security infrastructure of the nation with a highly trained security workforce. Maj. Rajain, who serves our Board as Global Chairman, was commissioned in the 11 Armoured Regiment of the Indian Army in 1984. During his 7 years of service he was actively engaged in operations in Rajasthan and Jammu & Kashmir. Subsequent to his service in the Army, he joined the Police force and rose to the level of Assistant Commissioner of Police, stationed in Jammu & Kashmir.

Building upon his knowledge and experience in the army; Maj. Rajain forayed into entrepreneurship and incorporated Peregrine Guarding in 1995, which has been independently rated by KPMG, EY, Deloitte and Grant Thornton as amongst the top 4 security service providers in India.

Present in 3 countries with 78+ offices worldwide

Leveraging with over 400 years of cumulative leadership experience

To deliver quality service with effectiveness

Present in 3 countries with 78+ offices worldwide

To deliver quality service with effectiveness and productivity

We endeavour to be a highly efficient organisation which is not only unparalleled in our industry but also the most preferred workplace. This will be accomplished by creating an environment that trains, encourages and rewards colleagues aspiring to take the company beyond the pinnacle of industry standards.

To be a global Integrated Security and Facilities Management company, committed to providing services at a level of excellence that exceeds the industry standard. We aim to be amongst the most innovative and admired brands, setting standards for competitions to emulate.

One of the leading India-based multinational private security companies, Peregrine Guarding has been recognised as the “Greatest Brand of the Decade” by ERC Media. Since our foundation in 1995, we have undertaken the critical responsibility of security management for Fortune 500 companies, amongst many industry behemoths and duly justified our role as a security partner. Given our core expertise in manned guarding and electronic security, we have been widely acclaimed by prestigious titles such as the Fastest Growing Manned Guarding Company by Security Today, Best Security Services Provider in India by FM Worldwide, and Best Training Partner by CAPSI.

View our awards and accolades here.

With cumulative industry experience of 400 years, our Management knows how to make a difference in business, growth & revenue of our clients. It’s under their agile leadership, we are able to set new benchmarks in private security and facility management industry.
Meet our leaders

We will assist you with
your inquiries

Greate choice for your
work premises

All your sites are secured
and safe

We monitor fleet of
your vehicles remotely

We will assist you with
your inquiries

Greate choice for your
work premises

All your sites are secured
and safe

We monitor fleet of
your vehicles remotely