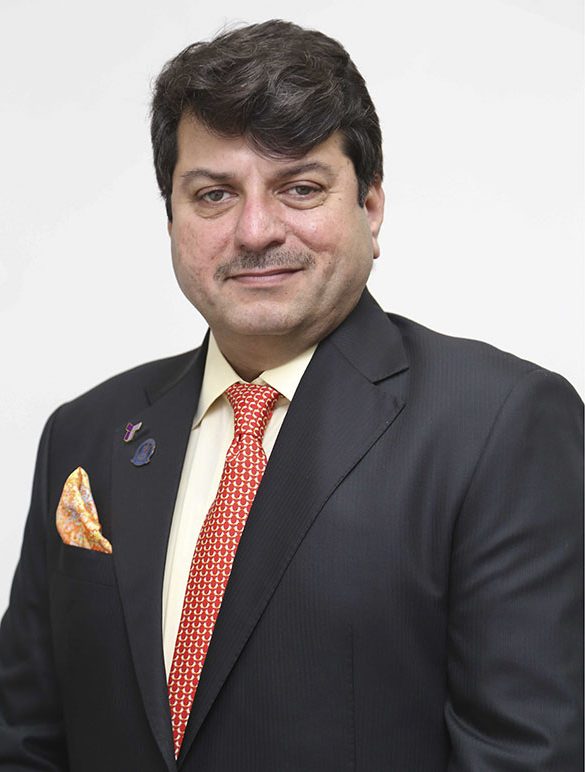 Major Manjit Rajain was commissioned in the 11 Armoured Regiment of the Indian Army in 1984. During his 7 years of service, he was actively engaged in operations in Rajasthan and Jammu & Kashmir. After his service in the Army, he joined the Police force and rose to the level of Assistant Commissioner of Police, stationed in Jammu & Kashmir.

Using his knowledge-based security experience; Major Rajain forayed into entrepreneurship and incorporated Peregrine Guarding in 1995, which has been independently rated by KPMG, EY, Deloitte and Grant Thornton as amongst the top 4 security service providers in India.

His vision for growth led to the expansion of the business and in 2007, Tenon Integrated Facilities Management Services was established. In 2009 the corporation was further strengthened by the acquisition of a leading electro-mechanical service provider – Rotopower. With the acquisitions of the leading UK-based facility management company- O&G Group & Elite and Singapore based Frontline Security, he ensured the Group’s presence beyond the subcontinent.

At the helm of the Group having three distinct yet integrated verticals – Tenon FM, Peregrine, and Soteria he now oversees the continuous and planned growth of the company in terms of business, market and portfolio through new acquisition and business ventures. Over the last 25 years, his refined leadership, business insight and operational expertise have strengthened the growth trajectory of the group and expanded the company into new markets. 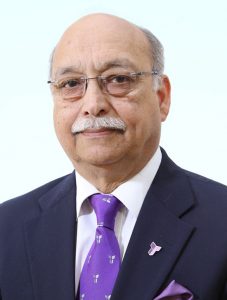 As the Global CEO of Tenon Group, Brigadier Rajan Oberoi is responsible for all aspects of the various business verticals along with Tenon Group’s long-range development plans. It’s under his stewardship that Tenon FM, Peregrine, and Soteria are registering quick and commendable growth. His business acumen and a sound understanding of the market led to the glorious achievement of Tenon FM when it was rated “Financially Strong” in the recent report of “Facilities Management Outsourcing market research & Analysis UK 2019” by MTW Research. And, it has also won the title of “Best India IFM Company” by Economic Times in their 2nd Strategic Facilities Management Summit. Peregrine too, has won many accolades and prestigious titles, including “Best Indian Multinational Security Agency Award (2017)” by IISSM and “Brand of the Decade Award (2019)” by ERC Media.

Under his able leadership, Tenon also launched Soteria, the world-class remote surveillance command center is responsible for an enhanced suite of services, processes, systems, and technological capabilities to deliver the best customer proposition for security from every possible angle. He is an accomplished security professional with over 34 years of experience in the security-related domain. Before joining Tenon Group, he has had an erstwhile career in the Indian Army. During his tenure with the Army, Brig. Oberoi was tasked with the responsibility to raise the first combat elements of the National Security Guards – The “Black Cats”, and subsequently went on to head this elite counter-terrorist outfit as their “Force Commander”.

He is a member of national business forums such as FICCI, CAPSI and ASIS. His interface with these industry forums have been on an active level and is often invited by them to speak on issues related to the security industry in terms of insights, trends, and sector outlook. 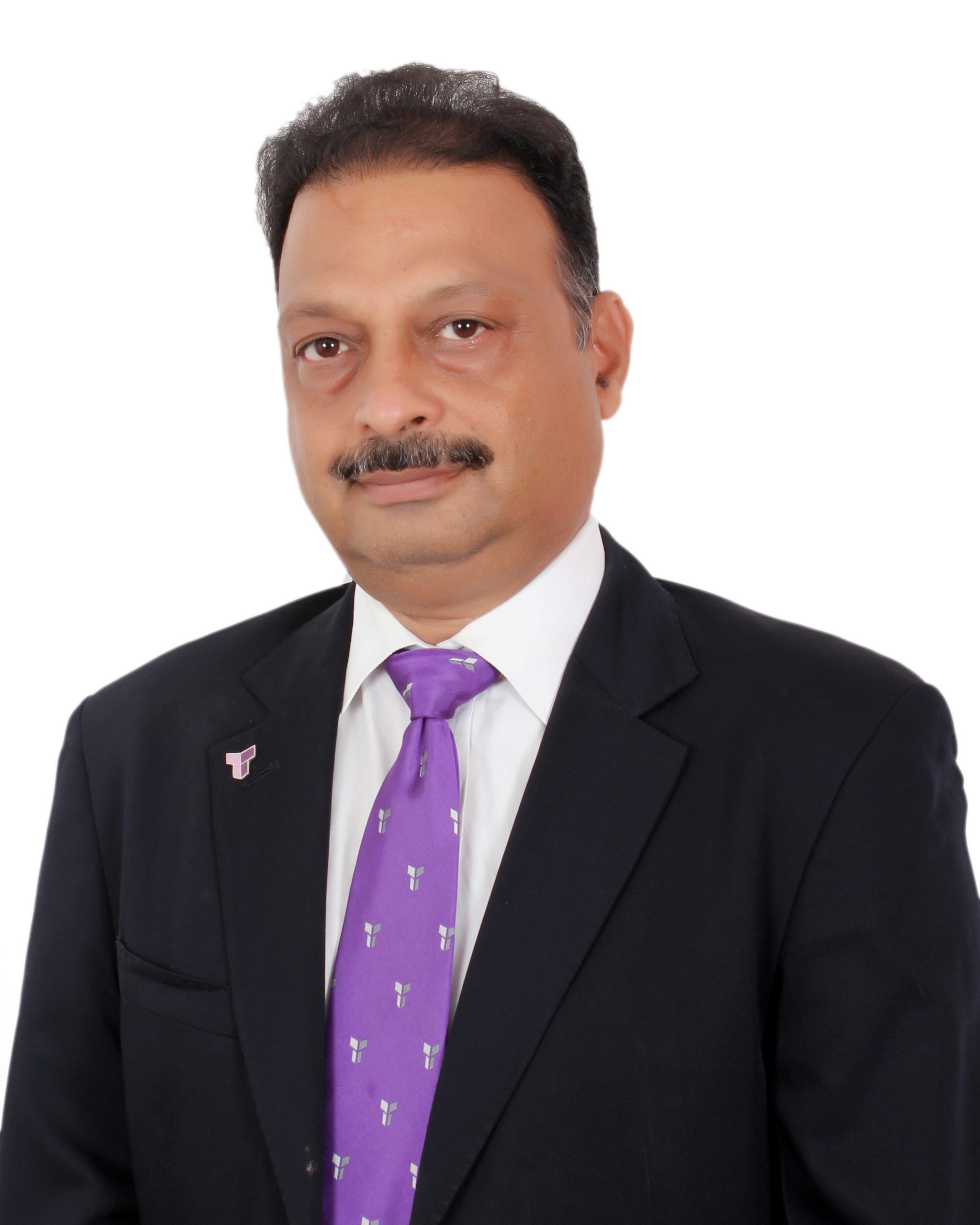 To Tenon, he brings expertise in Strategic Planning & Execution, Budgeting & Forecasting, Cash Flow Optimization, Risk Management & Controls, and Compliance Management and other important aspects of Financial Planning and Management and proven track record of an accomplished CFO along with hands-on experience of a seasoned operations executive.

He is a recognized leader and a thorough professional, with high caliber, work orientation, and ability to handle multiple functions and activities in a high-pressure environment. He has a stellar track record of execution of core strategic planning to achieve operational efficiency while delivering optimal results & business value in high-growth environments.

Before joining Tenon, Sandeep was Chief Financial Officer for SU-Kam Power Systems Ltd, the largest power solutions company in India, which has a presence in 90 countries worldwide.

The Group’s journey began in 1995 with the incorporation of its flagship company- Peregrine Guarding. His vision for growth led to the expansion of the business and in 2007, Tenon Facility Management was established. In 2009, the Group was further strengthened by the acquisition of a leading electro mechanical service provider – RotoPower. With the acquisitions of leading UK based facility management company- O&G Group, Elite Services UK & Singapore based Frontline Security, he ensured the Group’s presence beyond the subcontinent. In 2014, another company was founded under the umbrella of Tenon Group, Soteria Command Center which became a renowned name in e-security and remote surveillance.

Over the last 27 years, his refined leadership, business insight and operational expertise have strengthened the growth trajectory of Tenon Group and expanded the company into new markets, and extended its service portfolio and global reach.

His impeccable business acumen is best exemplified in the profitability recorded after the acquisition of Singapore-based Frontline Security later rebranded as Peregrine Security Pte. The company achieved significant growth in profitability from FY 2019 to FY 2020 with PBIT of up to 130%, including grants. Customer retention increased from 50% in the previous year(s) to over 80% in FY 2020 and FY 2021 till date. The clientele base increased by four times with the onboarding of clients such as Mapletree Logistics, Singapore SportsSG, Bank of Singapore Centre, and Capitaland.

Under his able leadership in 2006, Peregrine was awarded the Fastest Growing Security Company of the Year. He has also been recognised and felicitated for his thought leadership and prolific contribution to the security industry. He received CAPSI Security Entrepreneur Award in 2008, Security Leadership Award in 2012, International Award for Excellence by the Institute of Economic Studies in September 2015 at Bangkok, Global Achiever’s Award in 2016 in Dubai and 100 Greatest Leaders of Asia Award in 2018. Maj. Rajain was also recognized as a “Commander of the Frontline Warriors” by Central Association of Private Security Industry (CAPSI) in 2020. His exceptional leadership during the tough times of the pandemic was celebrated and honoured with CAPSI’S Badge of Honour a token of respect and great service rendered to the Motherland, thereby upholding the true traditions of CAPSI.

He is a member of various Industry Forums such as Confederation of Indian Industry (CII), ASIS International, Central Association of Private Security Industry (CAPSI), Overseas Security Advisory Council (OSAC) & International Security League. His involvement with these industry forums have been on an active level and is often invited by them to speak on issues related to the security industry in terms of insights, trends and sector outlook. In 2016, he was nominated as a Global Advisor to Yale School of Management.

As a Rotarian, Maj. Rajain spearheaded the Polio Eradication Program and Literacy Mission in India. A philanthropist at heart, his commitment to boost literacy and education from the grassroot level led the Tenon Group of Companies to adopt a government school for the underprivileged children under its CSR initiative. The Group is continually working towards developing the school into a world-class model school. Today, 500+ underprivileged girls and boys receive quality education in a productive environment and improved infrastructure.